The Changing Nature of the Gay Bar 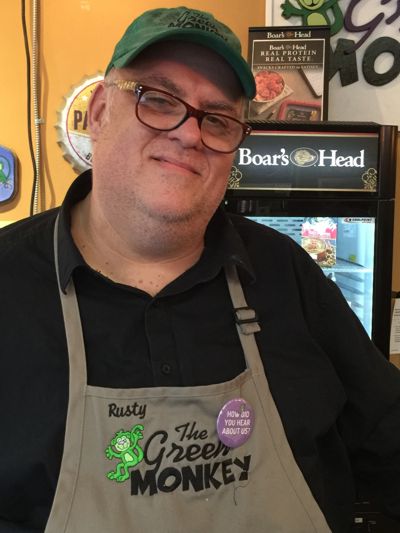 Rusty Sutton and his husband, Drew Temple, are co-owners of The Green Monkey, a neighborhood bar and gift shop on Hillsborough Street near downtown Raleigh. Rusty began an eBay business in 2001, which turned into a flea market booth in 2007. In 2013, at his mother’s encouragement, Rusty bought the Royal Mart, a convenience store on Hillsborough Street. The deal involved buying all the Royal Mart’s inventory. That made for an awkward start, but eventually Rusty & Drew put in stools and a bar, and the idiosyncratic combination took flight.

The Green Monkey labels itself as a neighborhood bar, but LGBT patrons clearly set the tone.

Rusty and Drew will talk to us about their experience in the context of the changing role of the gay bar in our community.