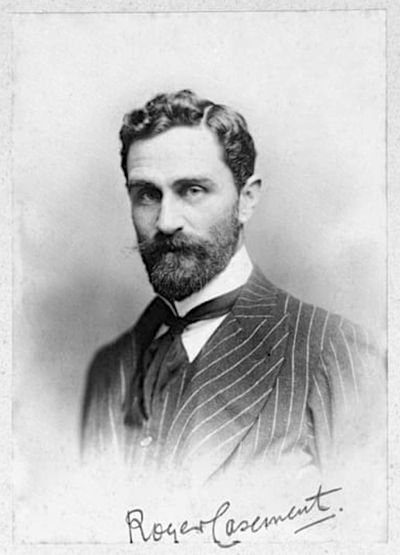 Roger David Casement was a very complex “gay hero,” executed for his part in the Easter Rising of 1916 in Ireland. Casement was born into the Anglo-Irish Protestant Ascendancy in Ireland at the height of the British Empire. Losing his parents early in life, he was raised in Northern Ireland among his Protestant relatives. Leaving school at 16, he ventured to England, ended up in Africa, and over a lifetime changed many of his views and his allegiances. He is viewed as a traitor in Britain, a hero in modern Ireland, and was the most well known of the Irish Martyrs of the 1916 Rising. He had a worldwide reputation for his exposure of human rights violations in both Africa and Latin America. This presentation will deal with the life of this remarkable individual and his place in Irish and gay history. 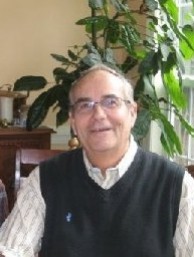 Our presenter, Dr. David Champagne, holds a BA and MA in history from San Jose State University and a PhD in Middle Eastern history from the University of Texas at Austin. He served in the Peace Corps in Afghanistan (1968-71) teaching English, and from 1977 to 1982 he was Assistant Director of the Center for Afghanistan Studies in Nebraska. He then began working for the Department of Defense at Fort Bragg. Between 2002 and 2005 he was deployed to Afghanistan five times. From 2006 to 2012 he was assigned as Director of the 4th Psychological Operations Group (airborne) Strategic Studies Detachments (now 4th Military Information Support Operations Group), whose more than fifty analysts covered the entire world in support of US diplomacy. He has traveled widely in Europe, Asia, Australia, New Zealand, South America, and the Middle East.

In his free time, Dr Champagne also spent 25 years as a genealogist of his family history; growing up in an orphanage, he knew almost nothing about his family, and finding them became his avocation. His search for his relatives eventually took him to Canada, Ireland, and France, where he found connections going back to the 18th century. He located relatives in Ireland and Canada, and this fueled an interest in Irish history; he and his husband Michael had a reunion with his Irish relatives in 2016 in Nenagh, County Tipperary, Ireland.

Dr. Champagne is currently teaching for the Osher Lifelong Learning Institute at N.C. State. In spring 2020, he taught a class on Irish History up to 1916, and in 2021 he will be teaching a class for OLLI on Ireland from 1916 to the present day.