Free Speech in the Age of Social Media and Q-Anon 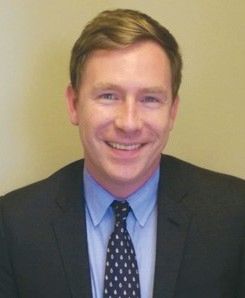 Chris Brook, 41, grew up in Raleigh and was both an undergrad and law student at UNC. When in law school there, he headed the Pro Bono program. After practicing with a Raleigh law firm, he joined the Southern Coalition for Social Justice, a civil rights firm founded by Justice Anita Earls. In 2012 he became legal director of the North Carolina American Civil Liberties Union (ACLU) and served there until Gov Cooper appointed him to the NC Court of Appeals in 2019. He ran for a full term on that court in 2020, but like every other NC appellate judicial candidate with a (D) next to his name in 2020, he was defeated.

Chris will speak to us on the status and future of Free Speech under the First Amendment in the current world of social media and strategic misinformation. The classic American theory of Free Speech is that:

Does the classic theory still hold up in the world of social media algorithms that lure people into rage-driven “engagement,” the world of enticing conspiracy worldviews such as Q-Anon? Chris Brook, whose work at the ACLU took him into the middle of First Amendment issues, will help us think through all that.